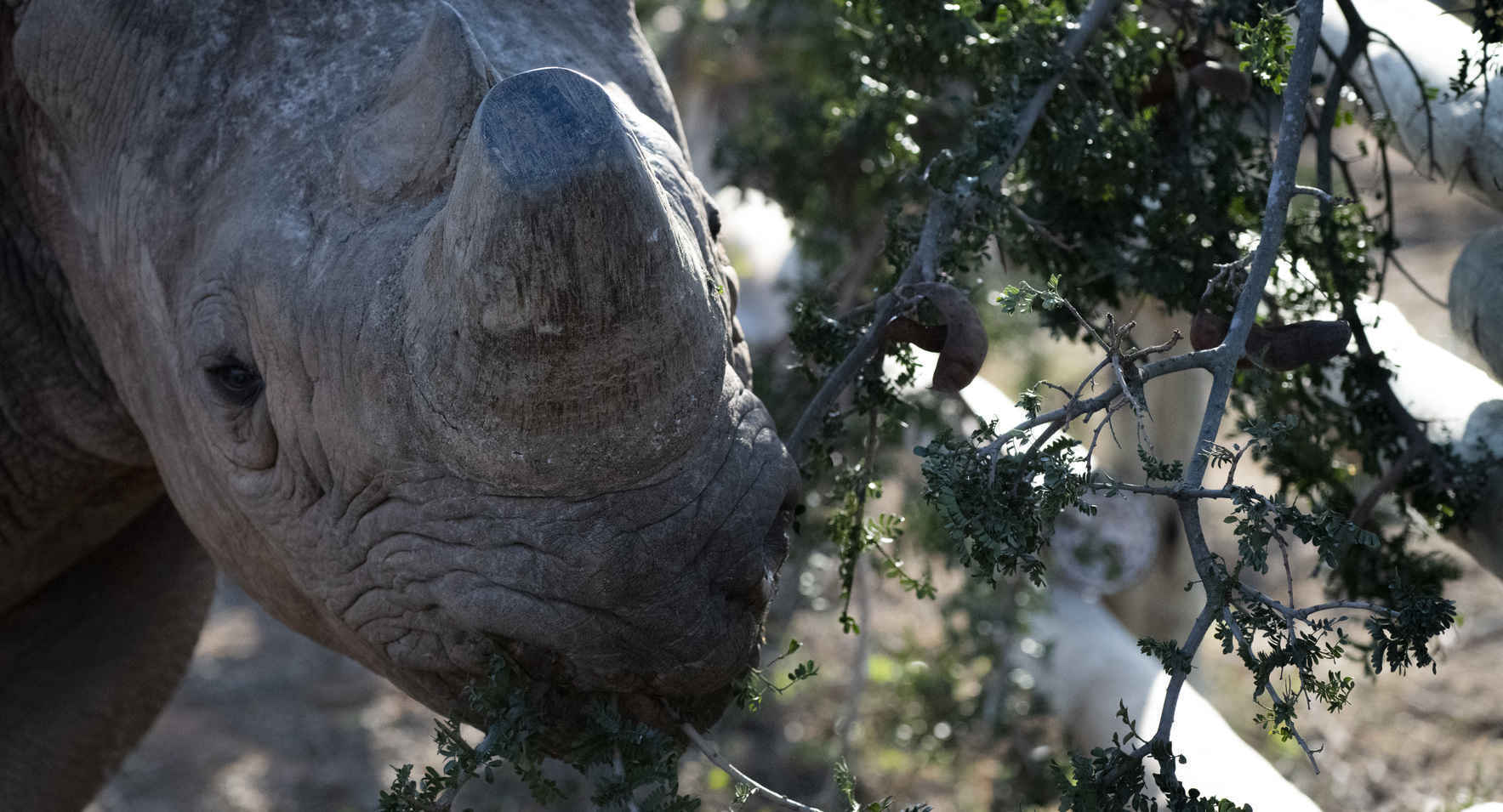 Munu The Rhino needs our help to keep his tummy full.

In 2019 Munu, a male Black Rhino, was found wandering erratically in the Addo Elephant National Park in South Africa's Eastern Province. Lions, always quick to spot weakness in any animal, were already circling the seemingly defenseless rhino. Soon, it seemed, his life would be over.

The park's veterinary team was called in, and Munu was darted so they could examine him and find out why he was behaving so strangely. It didn't take them long—Munu was utterly blind. He was immediately moved to the safety of a boma in the park while his future was debated. 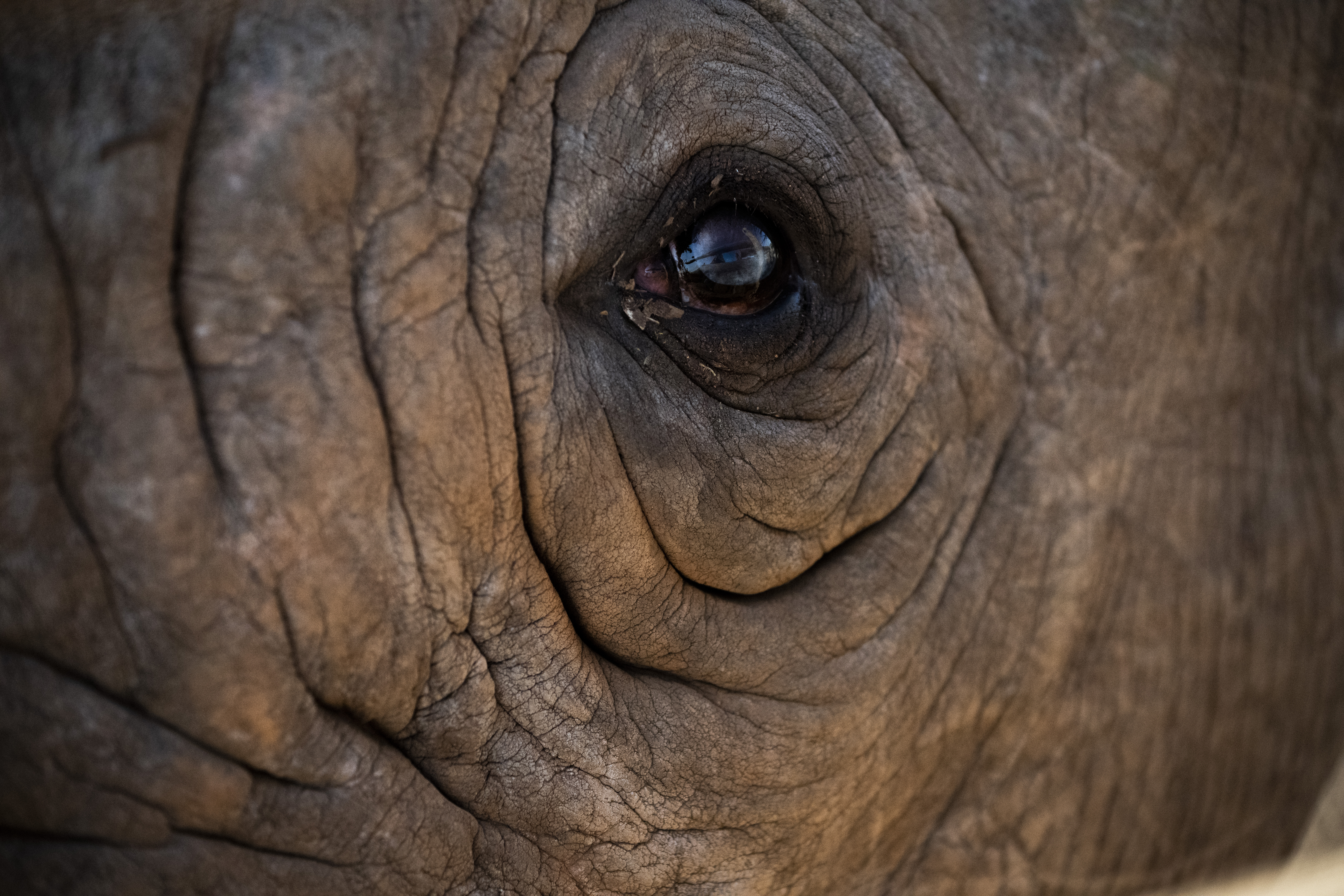 Things didn't look hopeful for Munu. It was suggested that he should be euthanized as the cost of protecting him would be unrealistically high. To put him down seemed like the most pragmatic thing to do. The alternative, and the route generally preferred in conservation, would be to let nature take its course. In Munu's case, this would mean releasing him back into the park, where he would almost certainly fall prey to the lions.

Fortunately for Munu, conservationist Brett Barlow saw it differently. Catching wind of the blind rhino's plight, Brett decided he had to intervene. All Black Rhinos are regarded as Critically Endangered on the IUCN's Red Data list. But Munu is particularly rare, as he is a South-western Black Rhino (Diceros bicornis bicornis) of which fewer than 254 are left in the wild in South Africa. Brett remembered the words of his early mentor, Dr. Ian Player, "Every rhino matters." The continued onslaught of poaching on rhino means we must protect every last one.

So, after months of negotiation, Brett—with the kind assistance of conservationist and friend Adrian Gardiner—was able to move Munu to a place of permanent sanctuary. He now lives in a secure location where he is free and safe to live out his days in peace and without threat. Although Munu is blind, he is healthy in all other respects. So, by saving him, he will also contribute to the gene pool of this scarce rhino. 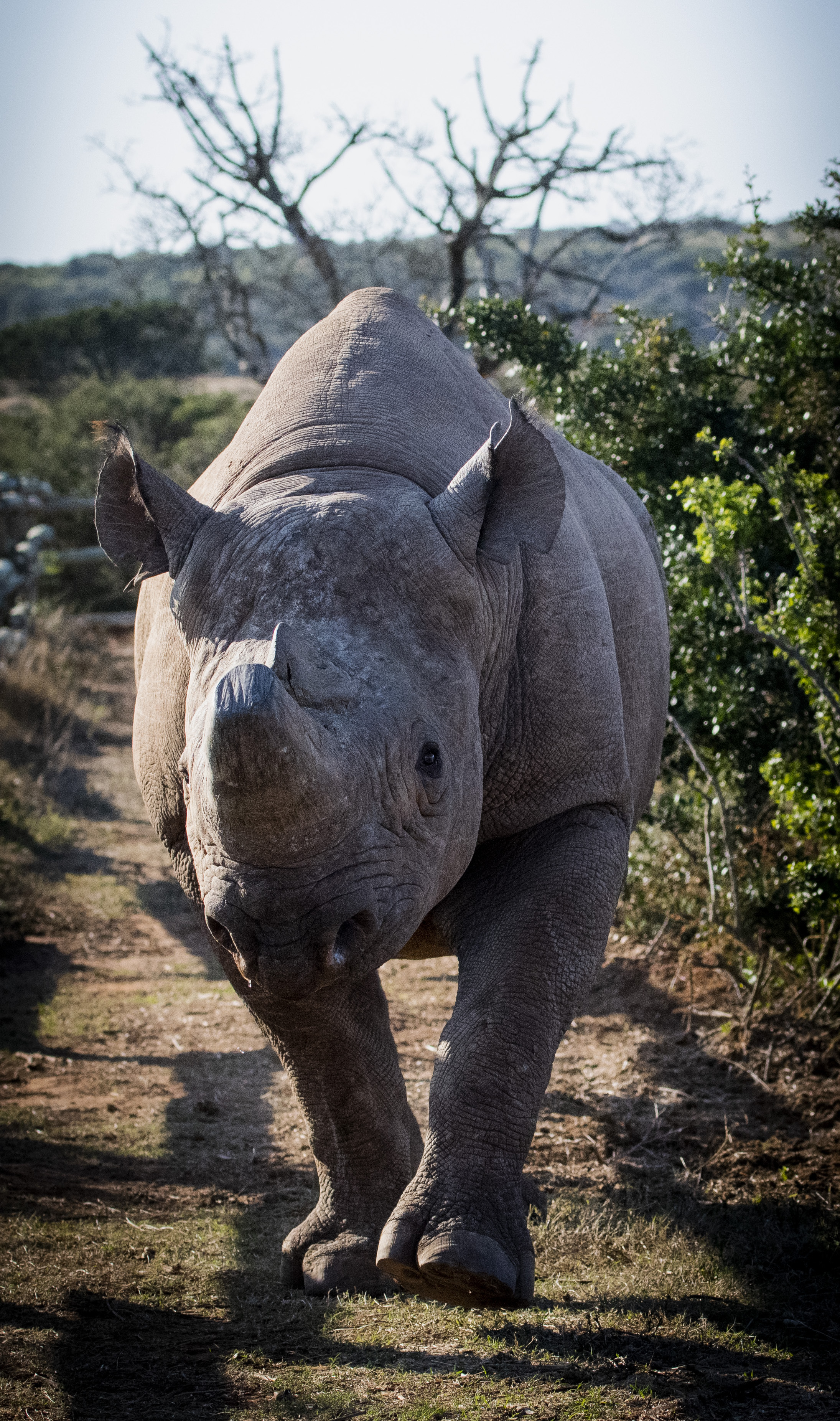 Why does Munu matter?

For the Shannon Elizabeth Foundation, we believe that Munu represents a mantra that we all should adopt: To save a species, we must save individuals. All rhinos are precious, and threats to their survival from poaching or any other source are simply unacceptable. We have to do all we can to save every single one. And so, Munu offers us a symbol of hope, a representation of what can be achieved through compassion and perseverance—the very bastions of Dr. Player's work.

What you can do to help

Munu can eat up to 60lbs, or 25kg, of food per day. He eats browse that is cut for him by his carers, but we need to supplement this with nutrient-rich lucern. This costs $10 per day. With winter approaching and lucern in short supply, we need your help to raise $3,650 to ensure he has food for the cold months, and year, ahead. Please donate, even for one day. Munu would be so grateful for you to become a part of his journey, and ultimately, his legacy.

You can give with confidence, knowing that your contribution will go directly towards feeding Munu. And we look forward to sharing more of Munu's journey with you every step of the way.

Please follow us on Instagram, Facebook, Twitter, and LinkedIn to find out more about our Munu missions as time goes on and how you can help to give Munu the beautiful life he deserves!

Munu needs to be dehorned for security reasons, and have all of his blood work taken and DNA samples, etc. = approx $369 USD